In what can only be called another exercise in futility, the Bureau of Land Management (BLM) has issued another list of options for managing the Nation’s wild horses and burros.

Having dedicated years and more than my fair share of blood, sweat and tears to fighting for the safety and protection of the wild horses scattered across America, it is truly debilitating to see an article lacking credence and foundation in facts published by the New York Times.

You’re running. It seems like it’s been days … and it has. You’re strong and powerful but your legs hurt so badly because you’ve been running for what seems like forever. You can barely catch your breath. You’re trying to protect your baby, as well, but she can barely keep up and is stumbling on her brand new legs. But the predators are literally on your tail. You’re being chased by those who intend to inflict harm, so you keep on running. You’re in a panic. You’re frantic. You’re hungry, you’re thirsty, but you can’t stop. If you stop, they catch you. And when they catch you, it’s over.

This is the life of wild horses today. The mustangs.

Our great mustangs descended from Spanish horses and were brought here in the 16th century by Spanish explorers. Their name in Spanish, mustengo, means “stray horse.”

Just last month the Bureau of Land Management (BLM) completed a roundup of roughly 1,400 wild horses in Oregon in Beaty’s Butte, historically known as the area of the Kiger mustangs.

According to a Pacific Standard report, there were five deaths on November 19, including “one 8 year old mare with old break in right hind leg and one 4 month old colt with old break in left hind leg.” Two days later, 16 horses were dead. According to another report published in the same article, “The most heartbreaking [scene] of the day involved the foals. The helicopters are running these horses from very long distances, and often foals just can’t keep up for as long as the rest of their herd.”

What we once considered an American icon is now fodder for the latest cull by government entities. It seems nothing is sacred these days, even a beautiful part of our history.

When we hear that dogs are culled in Asian countries for fear of rabies, we rant and rave and express our disgust. Yet here in our very own country we are culling the last of our great wild horses, and our rants and raves seem to fall on deaf ears.

The horse has a long and integral part in the history of the U.S., which was founded on the backs of these great icons, as they helped pioneers settle the West. After being brought here by the Spaniards, the mustangs were used by Native Americans for a variety of tasks such as transportation. They were revered for their “fantastic stamina and speed,” while their stocky legs made them perfect for long hauls.

Where once 2 million wild horses roamed in the 19th century, according to an article referencing Western writer J. Frank Dobie, “by the time the wild horse received federal protection in 1971, it was officially estimated that only about 17,000 of them roamed America’s plains. More than 1 million had been conscripted for World War I combat; the rest had been hunted for their flesh, for the chicken feed and dog food companies, and for the sport of it.”

In response to public outrage over the horses’ annihilation, the 1971 Wild Free-Roaming Horse & Burro Act was passed, protecting wild horses from capture and death. The BLM and the U.S. Forest Service were responsible for implementing the act and ensuring protections were in place for the wild horses while they also issued grazing permits to cattle ranchers on public land.

While they were once considered iconic and majestic, wild horses are now deemed nothing more than a nuisance by ranchers who use federal land for subsidized grazing. And we’ve let them down. Big time.

When the BLM deems wild horse numbers to be in excess of manageable levels, we hear news of roundups where helicopters along with men on horseback chase down fearful and frantic herds. Petrified horses are often wounded in the process, many are trampled by their fellow horses and many die. Numerous captured horses are sent to long-term holding pens. Some even end up being adopted. Others end up at slaughter. Although the BLM states firmly that they do not send horses to slaughter, among other claims, others say the horses they “manage” meet grim fates. A recent investigative report by the Office of Inspector General found unsettling information about the BLM selling horses to a Colorado rancher who in turn sent those horses to Mexico for slaughter.

Violent culls seem to be fine for those who consider wild horses a nuisance or cattlemen who call them ” sons of bitches,” among other names. Many who are opposed to wild horses say they are destroying the habitat and reproducing too quickly.

Money is at the root of the problem, with the meat industry at the center of it, according to “History of America’s Wild Horses. Mestengo. Mustang. Misfit. America’s Disappearing Wild Horses” by Laura Moretti.

“Under the Department of Interior’s ‘multiple-use’ principles, only so much cattle, so much wildlife, and so many wild horses are allowed on federal lands,” she writes. “The wildlife is ‘paid for’ by hunters’ licensing fees. Cattle are ‘paid for’ by the meat industry: $1.35 per head per month to graze the public domain. Horses, on the other hand, take up one ‘Animal Unit Month’ (AUM), but no one is paying their way. Each horse removed from the West frees up another AUM for cattle or sheep or game antelope.”

Even though horse slaughter technically has been halted in the U.S., transporting horses to Canada and Mexico for slaughter continues. Roundups often lead to horses ending up at auction. We’re not talking Sotheby’s or Christie’s here. Livestock auctions are not for the faint of heart. It’s the stuff from which nightmares are made.

The conditions at auctions are despicable for the animals, and the people who go to try to save animals walk a very fine line. My husband, Roger Cardillo, and Kim Meagher, founder and chair of Wildhorse Ranch Rescue, a 501(c)(3) rescue and sanctuary in Gilbert, Arizona, had to rush to a local Phoenix-area auction a couple years ago to rescue two horses they were trying to prevent from going to slaughter. My husband and I sit on the board of the rescue. 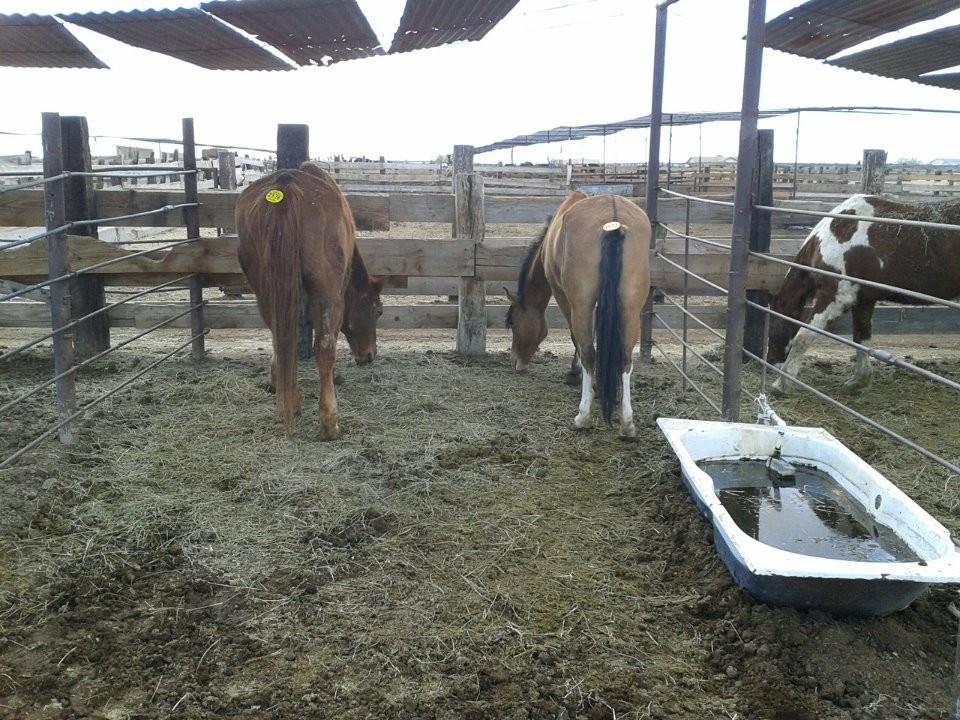 Kit, left, and Vivian, a mustang, at the auction. Their filthy stall included an old bathtub with black ‘drinking’ water.WILDHORSE RANCH RESCUE

They arrived at the auction while I kept in close contact and posted photos on social media of the horrific conditions. Roger was able to spot the horses, one of whom was a BLM-branded Kiger mustang he later named Vivian. The other was later named Kit. They were held in a filthy stall complete with an old bathtub filled with black “drinking” water. Luckily Roger won the bid against kill buyers recognized for previously sending horses to slaughter, and the horses were saved. It was a very close call. 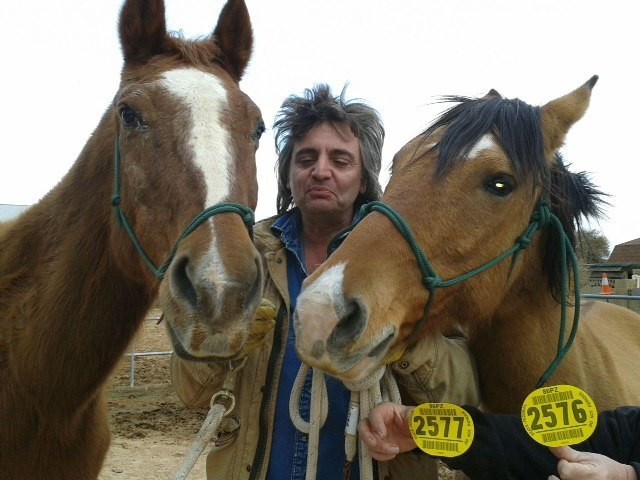 Roger Cardillo, of Wildhorse Ranch Rescue, after he saved Kit, left, and Vivian from being bought by kill buyers at the auction. The yellow numbered tags are the horses’ bid numbers.WILDHORSE RANCH RESCUE

“When you go to a lot and see the same men going over and over and they buy lots of horses and then later load them into a double-decker trailer, you know they are kill buyers,” says Meagher, who has been to livestock auctions countless times.

“You can spot them as they usually have an envelope or long notepad,” she says. “They have lists and lists of numbers of the horses. Those guys will buy more than one or two horses, usually dozens, and always look to see the weight of the horse when the horse exits the auction circle.”

The kill buyers don’t hide, according to Meagher. “There is nothing illegal in what they are doing. It’s immoral, but it’s not illegal. It is legal to buy horses here and transport across country lines” to sell to slaughter.

We owe our wild horses so much more than extinction.

The Founder of Saving America’s Mustangs and Mustang Monument, Madeleine Pickens, was a guest on KUSI News (San Diego) last evening. In the interview, she speaks about the Colorado cattle hauler who is in hot water now after intentionally selling wild horses to killer buyers who brought them over the border to be slaughtered.

Please watch the interview below and share your comments if you feel inclined.

Riding with Wild Horses in Nevada 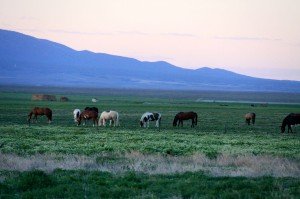 Saving America’s Mustangs (“SAM”) owns the Spruce Ranch that is inclusive of the Spruce Allotment; a large land parcel located southeast of Wells, Nevada and inclusive of approximately 600,000 acres of public land and private land. The land is primarily used as a place where we care for our 670 wild mustangs that were saved from slaughter and other adopted BLM horses that have been rounded off of the range so they stay out of the hands of killer buyers. SAM and its lessee, Spruce Grazing Association, LLC (“SGA”), were directed to maintain many of the water developments within the Spruce Allotment.  SAM complied and after most of the maintenance work was done, the BLM claimed that what SGA recently did was wrong.

As you know, the Wild Horse & Burro Program has been one with many glitches. We move steps forward and then are forced to move backwards due to our government (BLM) halting our development(s). Below are the letters from the BLM and then our letter back to the BLM. Please read and share your comments on our facebook page or respond directly to the BLM Field Office.

Below is BLM’s initial claim:

If you would like to submit your comments to the BLM directly, here is their contact info: 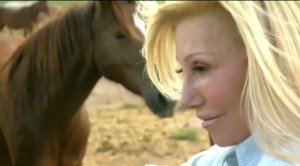 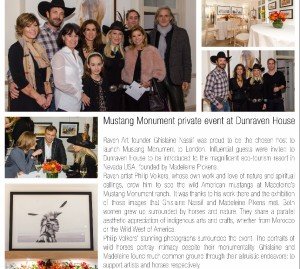 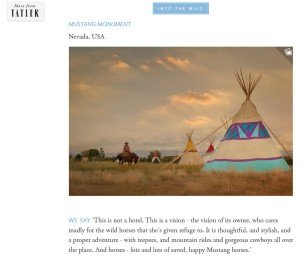 Mustang Monument: Wild Horse Eco-Resort was named one of the best horse-riding holidays by The Telegraph Magazine (UK) in the latest October, 2014 issue. We love getting international press! 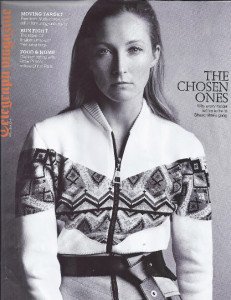 Mustang Monument is 900 square miles of beautiful Nevadan desert and dramatic mountain ranges where the Wild Horse Eco Resort is home to endangered mustang horses. Guests at the resort stay in hand-painted luxury tipis or safari cottages looking out across the vast Nevadan desert and can ride trained mustangs, learn to lasso like a cowboy, try archery or join guided historic tours. Book now for summer 2015. A seven-day trip to Nevada with Steppes Travel (0843 778 9926; steppestravel.com) costs from £2,545 per person including flights and five nights at Mustang Monument (www.mustangmonument.com), including all meals, drinks, excursions and car hire.

A BIG thank you to the CEO of GoPro, Nick Woodman, for featuring our wild mustangs at Mustang Monument: Wild Horse Eco-Resort and our Ranch Manager, Clay Nannini, several times in their new ad campaign for the Hero4. We cannot thank you enough! Please watch the video on their homepage or by clicking the video below, and see the spectacular footage they shot! We are still in awe!!  A supplemental video of just the footage they shot at Mustang Monument will be uploaded by GoPro in the coming weeks. Stay tuned!