In what can only be called another exercise in futility, the Bureau of Land Management (BLM) has issued another list of options for managing the Nation’s wild horses and burros.

Having dedicated years and more than my fair share of blood, sweat and tears to fighting for the safety and protection of the wild horses scattered across America, it is truly debilitating to see an article lacking credence and foundation in facts published by the New York Times.

Click the image below to download the PDF image, then print it out on your computer. Follow the instructions on the printed document to send us your artwork! 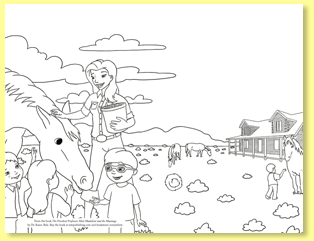